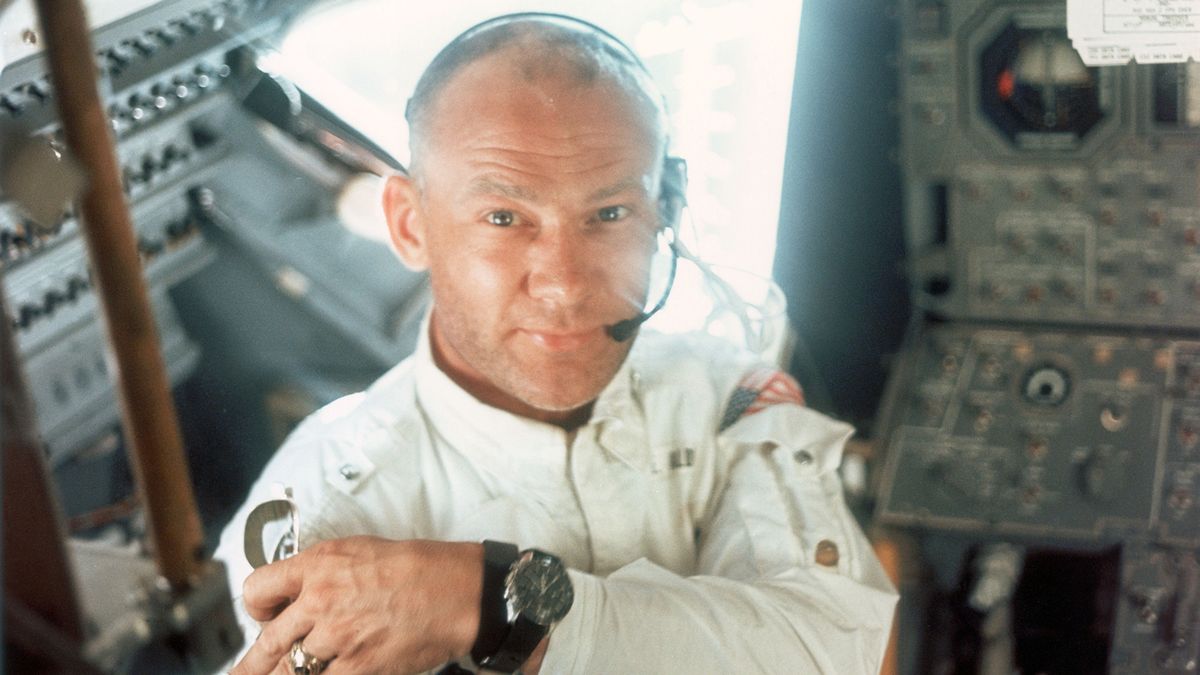 In the months that followed his return to Earth from his historic voyage on Apollo 11, Buzz Aldrin struggled to answer the question asked everywhere he went: "What was it like to be on the moon?"

In his first impression, the astronaut had famously described it as "magnificent desolation." Now, as he later recalled in his memoir of the same title, he realized he had no profound follow-up to offer the people, no way to put into words the scope of this life-altering experience.

As he toured the world with fellow Apollo 11 travelers Neil Armstrong and Michael Collins, with no idea of how he was going to top his moonwalking adventure, it dawned on him that "magnificent desolation" was an apt way to describe his state of mind.

READ MORE: How Neil Armstrong and Buzz Aldrin Were Selected for the Apollo 11 Mission

Aldrin felt exhausted and unfulfilled after touring for NASA

At first, Aldrin revealed in the ticker-tape parades and meetings with heads of state, but exhaustion had set in by late 1969. With the touring and speeches scheduled to continue into the following year, Aldrin began to feel like a publicity pawn for NASA.

Various opportunities presented themselves: Aldrin joined the board of directors of the insurance company Mutual of Omaha in February 1970, and that spring he sought to organize a "Conference on Youth Representation" that gave students a forum to air their political views.

However, these activities were either unfulfilling or unsuccessful, and after nearly 20 years in the Air Force and another seven with NASA, the career serviceman realized he was heading into an abyss. "I wanted to resume my duties, but there were no duties to resume," he wrote in Magnificent Desolation. "There was no goal, no sense of calling, no project worth pouring myself into."

Despondent, Aldrin began drinking more, some days not bothering to get out of bed, and put his marriage on shaky ground by seeking solace in the arms of another woman. 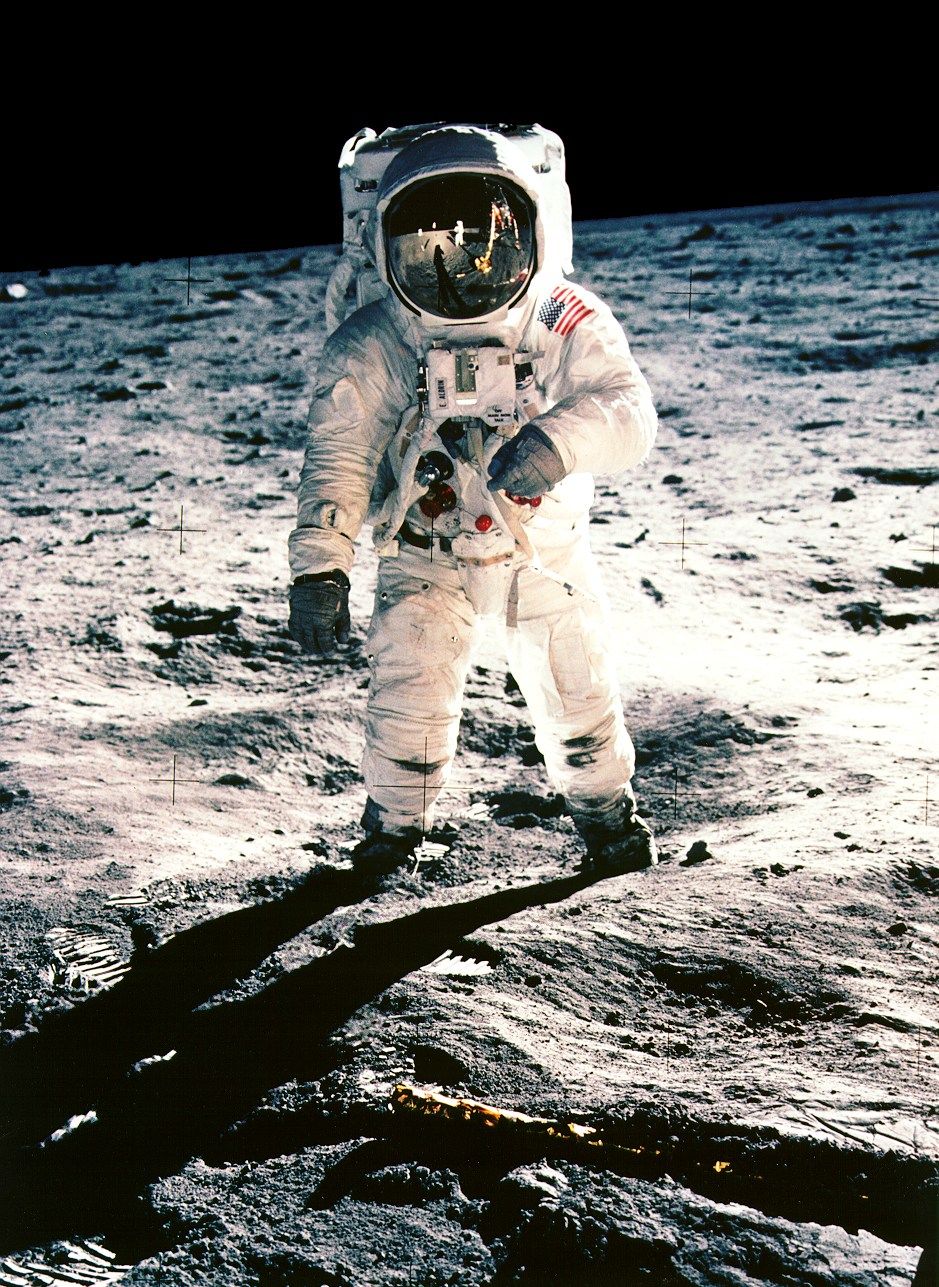 Buzz Aldrin on the Moon in July 1969
Photo: Courtesy of NASA

He took a new job and began seeking treatment

In July 1971, Aldrin embarked on a new position as commandant of the test pilot school at Edwards Air Force Base in California. He'd had his heart set on heading up the Air Force Academy – and had zero test pilot experience – but no matter, here was the next step he'd been waiting for.

As the novelty wore off, Aldrin found himself overcome by the dreaded feelings of hopelessness and despair again, this time accompanied by back and neck pain. He confided in the base flight surgeon, who referred him to another doctor at Brooks Medical Center in San Antonio, Texas.

Taking leave to check into Brooks, ostensibly for his physical pains, Aldrin finally had the opportunity to open up about the aimlessness that had engulfed him for nearly two years and delve into deeper-rooted problems, including the pressures of pleasing his father and a family history of mental illness that included the suicides of his mother and grandfather.

It was enlightening, but Aldrin wasn't yet ready to explore the problem that went hand-in-hand with depression – one that had led him to stash a bottle of Scotch in his baggage for the trip.

Aldrin returned to Edwards in late fall in a better state of mind, but a couple of test plane crashes sealed his fate at the school, and he agreed to step down as commandant after nine months on the job.

It was a bold move – few public figures were willing to go on record with this sort of admission in the early 1970s, especially a man with his buttoned-up, military background. But he was heartened by the letters of encouragement he received and agreed to serve on the board of directors of the National Association for Mental Health (NAMH). He also reaped the financial rewards for his decision by signing a book deal with Random House.

The publication of Return to Earth in October 1973 brought another mixed bag of outcomes. The tell-all included his recollection of marital infidelities, which led to a forced exit from Mutual of Omaha. It also placed more of a strain on his wife, Joan, who knew the whole story but wasn't thrilled to continually rehash the topic with the press. Shortly after the death of Aldrin's father in late 1974, the couple divorced.

By this point, Aldrin was serving as national chairman of NAMH, through which he toured the country to speak of his personal experiences with depression. However, his drinking had also spiraled out of control, rendering him an unreliable option to show up for scheduled engagements.

He entered rehab and Alcoholics Anonymous

Pushed by his new girlfriend, Beverly, Aldrin checked into an alcohol rehabilitation center in August 1975. The 28-day stint was enough to open his eyes to the extent of his problems, but not nearly enough to put him on a stable path to recovery.

Aldrin tied the knot with Beverly on New Year's Eve 1975, a union he described as a "tumultuous marriage from the start." Still, things were looking up by springtime: Along with the May 1976 airing of the TV-movie adaptation of Return to Earth, Aldrin participated in the "Operation Understanding" banquet in Washington, D.C., with other celebrities who proudly declared themselves "controlled alcoholics."

But Aldrin soon fell off the wagon again, leading to his first extensive involvement with Alcoholics Anonymous. By the end of 1976, he was headed for his second divorce.

He found a solid support system through AA, at least, with one member helping him land a job as a Cadillac dealer in Beverly Hills. Unfortunately, Aldrin was too honest with people to be a convincing salesman, and he spent much of his time on the job signing autographs and regaling clientele with anecdotes of his NASA days.

Rock bottom came when Aldrin, in a drunken rage, was arrested for smashing in the door of his girlfriend's apartment. Disgusted with himself for being back at square one, he gave up the bottle for good in October 1978.

There would be more difficulties and heartbreak to come, but from that point, Aldrin was able to rediscover purpose in his life, as an aide to recovering alcoholics, an author, a continued contributor to the American space program and, finally, as a symbol of the great era of space exploration that had once placed on him a burden almost too great to bear.