Although Freaks and Geeks aired for only one season, NBC's short-lived teen dramedy became one of the most popular outcasts in the network's history. Now a cult classic, the early 80s-set show, which aired from 1999-2000, centered on brother and sister Lindsay and Sam Weir along with a crew of misfits battling teenage woes at William McKinley High School.

The series — which consisted of 18 episodes — didn't follow the script of typical teen dramas of the time and took a more true-to-life approach. "My friends and I weren’t popular in high school, we weren’t dating all the time, and we were just trying to get through our lives," series creator Paul Feig explained to Vanity Fair. "I wanted to leave a chronicle — to make people who had gone through it laugh, but also as a primer for kids going in, to say, 'Here’s what you can expect.'"

Doomed by a difficult time slot and plummeting ratings, Freaks and Geeks still remained a critical success and even won an Emmy for Outstanding Casting in a Comedy Series. So what went wrong? Cast member Seth Rogen had one theory: "You just have to conclude that people would rather watch shirtless dudes get tackled than a TV show about emotional sh*t that’s funny."

But as the show's theme song from Joan Jett and The Blackhearts suggested, the cast, like their characters, didn't give a damn about their bad reputations. Rogen, along with costars including James Franco and Jason Segel, went on to shoot to superstardom. Here's what they and their other William McKinley High classmates have been up to since NBC canceled the show in 2000. 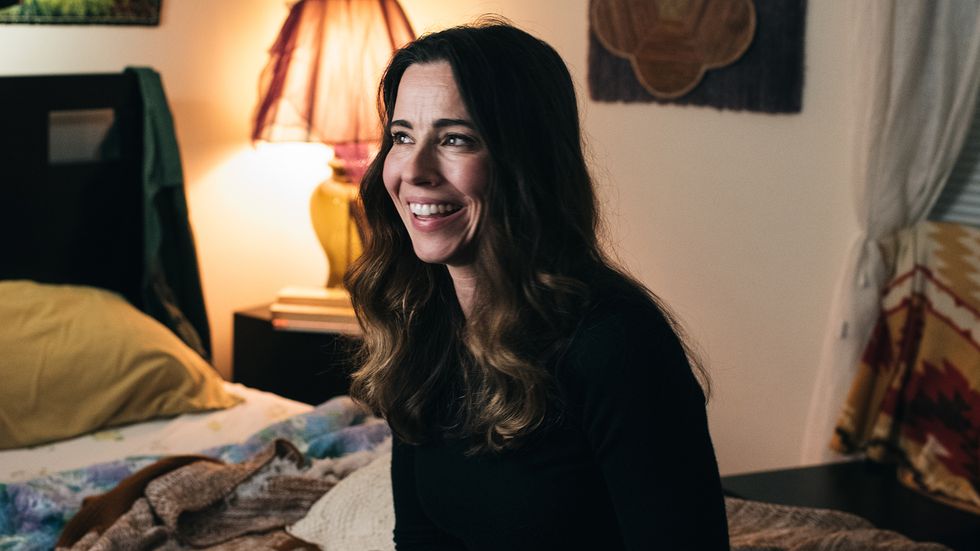 In 2002, Linda Cardellini starred as Velma in the live-action Scooby-Doo films alongside Sarah Michelle Gellar, Freddie Prinze Jr., and Matthew Lillard before joining the cast of ER, playing nurse Samantha Taggart, until the NBC medical drama wrapped in 2009. Also acting in films including Legally Blonde and Brokeback Mountain, Cardellini went on to score an Emmy nom for Outstanding Guest Actress in a Drama Series as Don Draper's love interest Sylvia Rosen in AMC's Mad Men. Most recently she appeared as Meg Rayburn in the three-season family drama Bloodline and as Judy Hale in Dead to Me. After dating Freaks and Geeks costar Jason Segel for five years once the show was canceled, she welcomed a daughter, Lilah-Rose, with childhood friend Steven Rodriguez in 2012, and the pair became engaged in 2013.

John Francis Daley appeared on TV shows including The Geena Davis Show, Boston Public, Regular Joe, and Kitchen Confidential before joining the cast of Fox's Bones in 2007 as psychologist Lance Sweets until his character was killed off in 2014. Daley co-wrote both the 2011 dark comedy Horrible Bosses as well as 2015's Vacation, the latter of which he also co-directed. In 2017, he wrote the screenplay for Spider-Man: Homecoming. He directed the 2018 movie Game Night. Daley married actress-writer-producer Corinne Kingsbury in 2016, and the couple has one child.

Following his role in Freaks and Geeks, James Franco earned his first Golden Globe Award in 2001 for his portrayal of James Dean in the 2001 TNT biopic. The following year he began playing the Green Goblin's son Harry Osbourne in the Spider-Man movie franchise and went on to appear in two other sequels. Franco appeared several other films including Milk, Eat Pray Love, and Pineapple Express before earning an Academy Award nomination for his role in 2010's 127 Hours. He and Freaks and Geeks costar (and frequent collaborator) Seth Rogen made headlines when their controversial 2014 comedy The Interview (in which the duo was tasked with killing North Korean dictator Kim Jong-un) led to a real-life North Korean-led cyber attack on Sony Pictures Entertainment. In 2018, Franco won another Best Actor Golden Globe for his role in The Disaster Artist. Even with a successful acting career, beginning in 2006, he enrolled at UCLA, Columbia University, New York University, and Yale University.

Samm Levine made his big-screen debut in 2001's spoof film Not Another Teen Movie and went on to appear in other teen-centered films, including I Love You, Beth Cooper. In 2009, he took a more serious route, starring alongside Brad Pitt, Michael Fassbender, and Diane Kruger in the critically acclaimed Inglorious Basterds. His television credits include guest roles on Entourage, Veronica Mars, Modern Family, and NCIS. He's also a regular competitor on Collider's Movie Trivia Schmoedown.

Seth Rogen joined Freaks and Geeks executive producer Judd Apatow's Fox comedy Undeclared in 2001, but that show also only lasted on season. In 2004, he became a staff writer for Sacha Baron Cohen's last season of Da Ali G Show. Rogen re-teamed with Apatow to star in films including 2005's The 40-Year-Old Virgin and 2007's Knocked Up and Superbad. In 2008, he both co-wrote and starred in the action-comedy Pineapple Express alongside Franco, with whom he also appeared in The Interview, This Is the End, and The Disaster Artist, among other projects. In 2019, he lent his voice to Pumbaa in Disney's live-action adaptation of The Lion King. Rogen has been married to writer-actress Lauren Miller since 2011.

Like Rogen, Jason Segel also joined Apatow's Undeclared in 2001 but caught his big break post Freaks and Geeks after landing a starring role as Marshall Eriksen in the CBS hit How I Met Your Mother in 2005. He played that role until the comedic sitcom's 2014 finale. In 2008, he both wrote and starred in the comedic film Forgetting Sarah Marshall with Kristen Bell and Russell Brand. In 2011, he brought the Muppets back to the big screen in The Muppets. Other film credits include I Love You, Man, Knocked Up, Bad Teacher, The Five-Year Engagement, and This Is Forty. In addition to dating Cardellini for five years, Segel has also dated actresses Michelle Williams and Bojana Novakovic.

Busy Philipps, who began playing the role of Dawson's Creek's Audrey before Freaks and Geeks in 1998, continued on the WB teen drama until 2003. She also starred as opposite Courteney Cox Laurie on the comedy Cougar Town from 2009 until 2015. She has also appeared in films including White Chicks and I Feel Pretty. She's become a popular account on Instagram, released a book, This Will Only Hurt a Little, in October 2018, and starred on the E! late-night talk show, Busy Tonight. The godmother to best friend Michelle Williams' daughter Matilda (with the late Heath Ledger), she and husband, screenwriter Marc Silverstein, whom she married in 2007, have two girls of their own: Birdie and Cricket.

Martin Starr also collaborated once again with the Freaks and Geeks crew in Knocked Up, Superbad, Walk Hard: The Dewey Cox Story and Spider-Man: Homecoming. In addition to guest spots on Parks and Recreation and New Girl, he's appeared in both Party Down from 2009-2010 and Silicon Valley since 2014.

Becky Ann Baker has had guest roles on Sex and the City, Law & Order, All My Children, The Good Wife, Unbreakable Kimmy Schmidt, and also starred in several Broadway and Off-Broadway productions. She earned a 2017 Primetime Emmy nomination for Outstanding Guest Actress in a Comedy Series for her portrayal of Loreen Horvath, the mom to Lena Dunham's Hannah, on HBO's Girls.

Joe Flaherty went on to play a guest role as an immigration Royal Canadian Mounted Police officer in That '70s Show and made more regular appearances as a priest in CBS' sitcom The King of Queens. He has also taught a comedy writing course at Toronto's Humber College.

Judd Apatow’s had a slew of directing, writing, and producing credits since Freaks and Geeks, including films The 40-Year-Old Virgin, Knocked Up, Funny People, This Is 40, and Trainwreck. He also executive produced HBO's Emmy-winning series Girls. He and wife, actress Leslie Mann have two daughters, Maude and Iris.

Paul Feig has frequently collaborated with actress Melissa McCarthy, directing such films as Bridesmaids, The Heat, Spy, and the 2016 female-led Ghostbusters remake. His television directing credits include episodes of The Office, Arrested Development, 30 Rock, Weeds, Parks and Recreation, and Mad Men. He's also written two memoirs, Kick Me: Adventures in Adolescence and Superstud: Or How I Became a 24-Year-Old Virgin.