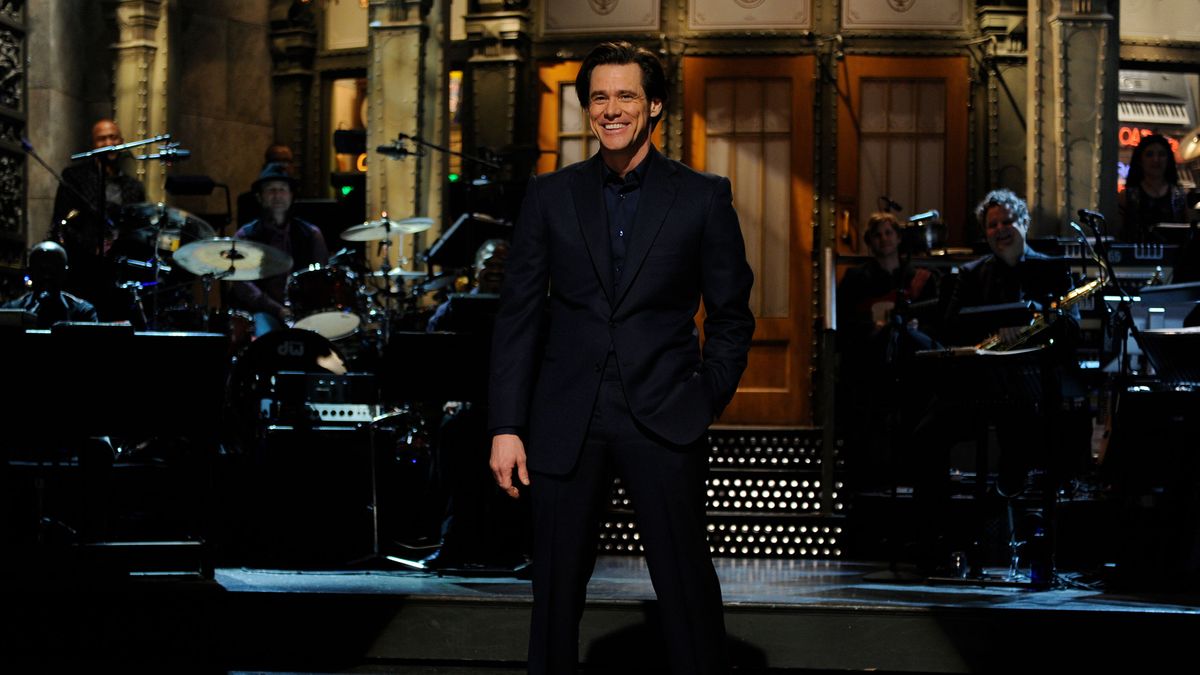 Live from New York, it’s dozens of famous comedians who were rejected from Saturday Night Live — but still went on to become household names in entertainment.

But as many comedy legends scored tenures as repertory players on the 90-minute live program, the Emmy-winning show also has had its share of comedians who got away.

READ MORE: Bill Murray and Chevy Chase Had a Backstage Brawl at Saturday Night Live and It Took Years for Them to Make Up

The famously mysterious and ambiguous casting process requires a final stamp of approval from the show’s creator and executive producer Lorne Michaels. Typically, those auditioning go through a sort of performance on Studio 8H at 30 Rockefeller Plaza as well as a meeting with Michaels, rumored to be a personality test to make sure the future cast members can survive the rigorous hours and pressures of the fast-paced environment of live television.

“The odds of getting on Saturday Night Live are zero,” Jay Mohr, who beat those odds and was on the show from 1993 to 1995, told The New York Times. “You could go to astronaut school, and you can learn how to get in a rocket and go to the moon, but there’s no ‘getting a stand-up on Saturday Night Live’ school.”

But Michaels believes the process is so tough because there's no formula for funny, telling the Harvard Business Review that he looks for “never the same thing twice.” More specifically, he explains, “You’re looking for an original take on things, a level of intelligence and potential, because when people arrive, they’re raw. You try to gauge whether the first big wave will knock them over and whether they’re the type to get back up if it does.”

With a show so iconic, the rumors of who did and didn’t audition run rampant. While Michaels told The Hollywood Reporter that Steve Carell auditioned, The Office and 40-Year-Old Virgin denied it in a 2015 tweet: “Sad to say..I never auditioned for SNL. Would have in a heartbeat, but was never asked.”

Here are 10 comedians who did actually audition, but never landed the coveted late-night gig: 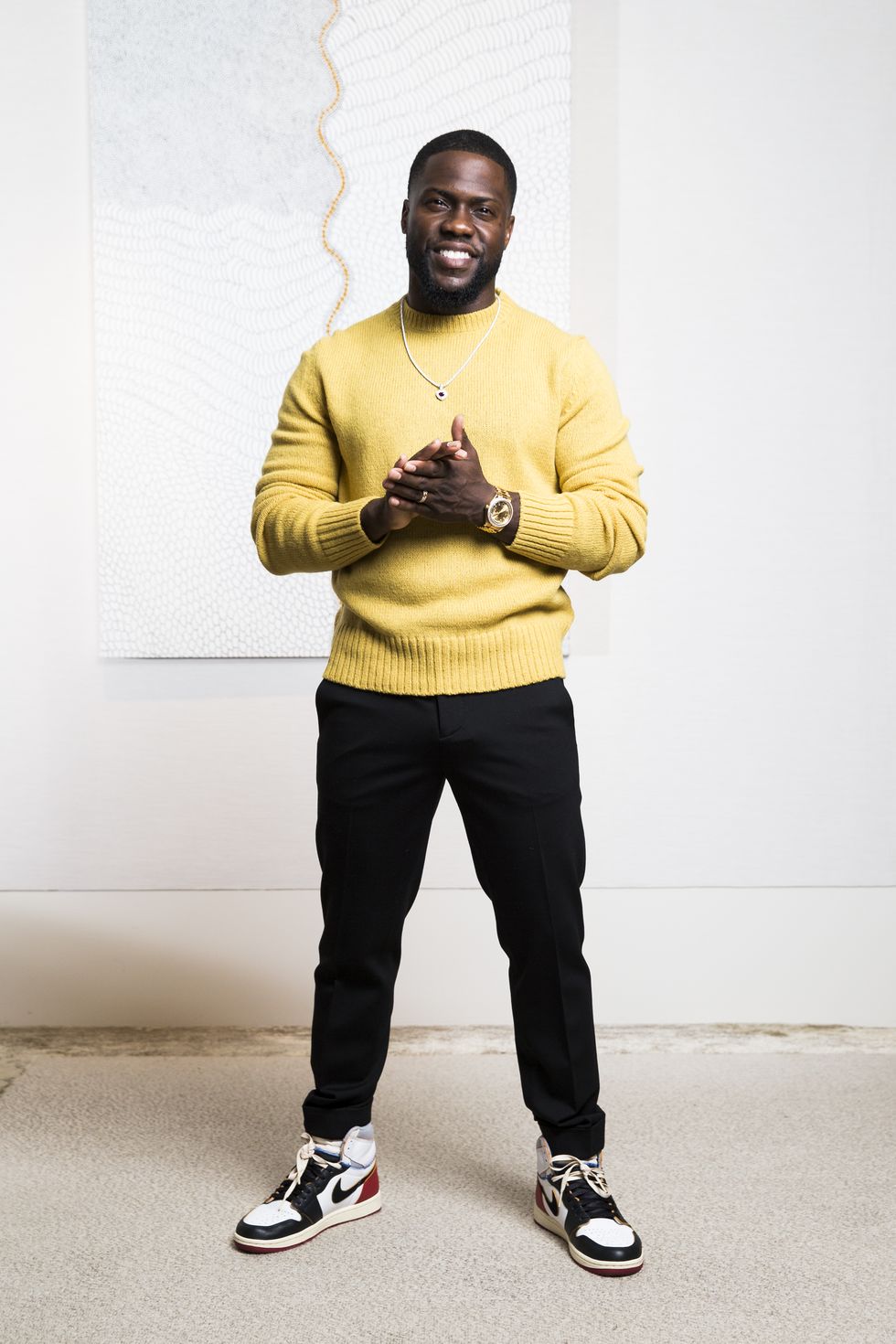 Nowadays, Philadelphia native Kevin Hart is known for his films like Ride Along (2014), Get Hard (2015) and Jumanji: Welcome to the Jungle (2017). But he revealed to Conan O’Brien that he once auditioned in front of Michaels for SNL. “I did an impression of Avery Johnson,” he said, referring to the former San Antonio Spurs player-turned-Dallas Mavericks coach-turned-sports analyst. “I did an impression of a person nobody knew,” he admitted. “If you had seen this tape, you would understand why I didn’t get it.”

Hart has since taken the stage three times as host — and on his first time in 2013, he recounted the story. “They passed on me, which I’m fine about now,” he said in his monologue, adding on: “It’s so long ago, I’m over it… you’re talking about something that happened 67 months ago, 22 days, like 6 hours ago.”

While Lisa Kudrow’s comedic talent was clearly strong enough for network television as she went on to star as Phoebe Buffay on Friends, she claims she didn’t have SNL-level characters in her repertoire when Michaels came to see her, Julia Sweeney and Kathy Griffin perform as part of the improv comedy troupe The Groundlings. “Of course, he pulled Julia, not me,” Kudrow said in a Television Academy interview of Sweeney ending up on the cast from 1990 to 1994. “I didn’t know how to go too far outside of myself,” she explained of the characters she played at the time. But she did appear on the show as a host in 1996 during her Friends tenure. “I don’t think I was a great host either,” she continued. “It felt like you’re on this train and it’s going too fast toward a brick wall and that’s what it is...it’s going to smash, but you just do the best you can.”

By the time The Late Show host Stephen Colbert auditioned for SNL, he was used to rejection. After all, he had already lost out on the role of Screech on the 1990s teen show Saved By The Bell. But perhaps more frustrating than not earning Michaels’ approval was that he was completely forgettable to his fellow auditioner, Tracy Morgan. When the 30 Rock alum appeared on Colbert’s talk show in 2017, the host noted that he remembered Morgan’s SNL audition. Surprised, Morgan asked how. “I was there! You and I were both there in the final callback going to network in 1996,” Colbert informed Morgan, who went on to be a cast member from 1996 to 2003. But putting his usual humorous spin on it, Colbert joked they were “too alike” to both get hired.

With a Dartmouth degree in playwriting, Mindy Kaling always had a way with words — which landed her on both sides of the camera on The Office in 2005, as both an actress and writer. But halfway through the second season, she got an invitation to audition for SNL while she was on contract with The Office. So she made a deal with the sitcom’s showrunner Greg Daniels that he would let her out of her contract if she was cast since it was her “childhood dream,” as she recounted on The Daily Beast’s Last Laugh podcast. “I auditioned and afterwards I had heard that Lorne wanted to offer me a job as a writer there, but not as a performer,” she said. “But there was some hint at that point that if I stayed on long enough, like Jason Sudeikis, that I could maybe graduate to be a performer. That was dangled to me, so I thought, well that’s pretty exciting.”

But Daniels kept his word and since she wasn’t cast on the show, she was locked into her contract. Kaling went on to stay on The Office for eight seasons, also serving as an executive producer and director. “It was really a life-changing thing,” she said. “I think the course of my career would have gone really differently had I left The Office and done that instead.”

While Jim Carrey has topped the box office in comedies like Ace Ventura: Pet Detective (1994) and Liar Liar (1997) and dramas like Eternal Sunshine of the Spotless Mind (2004), the multi-talented performer auditioned for the late-night show but never got to perform for Michaels himself. “I wasn’t at the Jim Carrey audition, but somebody who was there said, ‘I don’t think Lorne would like it,’” Michaels told Vanity Fair. “They were probably wrong, but it doesn’t matter. Or maybe they were right — who knows? No one gets it all right.” But Carrey went on to break through in another sketch comedy show, In Living Color — and eventually hosted SNL three times in 1996, 2011 and 2014.

Called “red hot” and “arguably the most prolific creator of his generation” by The Hollywood Reporter, Donald Glover’s life may have taken a seriously different detour from creating the TV comedy Atlanta and starring on Community if he had landed on the sketch comedy show. But he aired out all his grievances when he hosted and served as the musical guest as his alter ego Childish Gambino. “It’s truly an honor to be hosting SNL instead of auditioning for it, which I did — twice,” he said in his opening monologue in 2018. “That’s not a joke, I’m just still pissed.” He then jokingly proved how multi-talented he is by asking other cast members about their auditions and walking around the studio singing, “I really can do anything.”

The ultimate payback for not getting hired as an SNL cast member? Host the show 13 times. Which is exactly what John Goodman did. He had long wanted to be part of the show, even starting out by grassroots networking.

“I remember stalking NBC when I first moved up here in 1975,” he said, according to the book Live from New York: The Complete, Uncensored History of Saturday Night Live as Told By Its Stars, Writers and Guests. “I would always come through here just to see if I could see any of the cast members and stuff. And then I auditioned for the show in 1980 when they replaced everybody. It’s something I’ve always loved, because I was a big fan of the National Lampoon and the Radio Hour and Michael O’Donoghue.”

Before Zach Galifianakis had a beard and before he was a household name due to his break out role in The Hangover franchise, he faced numerous rejections, as he told on The Conan O’Brien Show. After his 1999 SNL audition, he did get hired — just not as on-screen talent. He was a part-time writer for just a few of the episodes that year. While it's not uncommon for a cast member to start as a writer (cases in point: Sudeikis, Colin Jost and Bowen Yang), Galifinakis didn't make it to the Studio 8H stage until he hosted in 2010. He hosted two more times in 2011 and 2013.

Delaware-born Aubrey Plaza was obsessed with SNL from a young age, ever since her mother introduced her to the show. “I wanted to be on that show for as long as I could remember,” she told The Guardian. So she made an action plan, researching how other cast members made the cut. She followed their paths, going to improv school in Philadelphia and later at the Upright Citizens Brigade, putting her in all the right circles, even performing with future SNL writer John Mulaney. And then she went the extra distance by interning on the show in 2005. Three years later, she finally got to audition but didn’t get an offer. However, the rejection gave her the opportunity to show off her comedy chops in the 2009 movie Funny People and then in the series Parks and Recreation.

Pee-wee Herman on Saturday nights instead of Saturday mornings? It could have happened. Paul Reubens, the actor behind the childish caricature, came up with Pee-wee while he was in comedy group The Groundlings — and went on to audition for SNL at a time his star was on the rise. “I was starting to be in a lot of those ‘up and coming’ sections of magazines,” he told Entertainment Weekly. “It really seemed like I was going to be on SNL. It was a year Lorne Michaels did not produce. I walked in the room, [saw comic Gilbert Gottfried], and I said, 'It’s not going to be both of us. We’re the same type of performer.' I knew then I wasn’t going to get it.”

He was right, but the rejection gave him the chance to develop the Pee-wee character on stage and later on the silver screen in Pee-wee’s Big Adventure and on TV as Pee-wee’s Playhouse.